International Angel Assciation in Japan was donated the new school building at Al HAj Dr.A. Aziz. High School. Then the opening ceremony was held on 12th February 2014. Mr. Higashimura the General Secretary of International Angel Association and Mr. Maeda from Japan were presented this program. This school opened the Honesty Shop which the students must buy stationery goods such as pencil, notebook, scale so on by themselves and pay the money to the drop box. 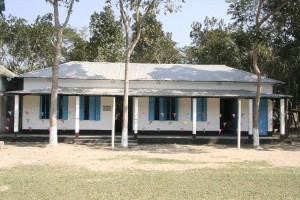