TTC Certificate Awarding Ceremony of 52 Batch Trainees was held on 28th September 2014. Mr. Higashimura General Secretary of International Angel Association Japan was joined this program. 26 trainees were completed their course. Mr. Higashimura made a speech for the trainees that after World War II we Japanese got the education and practice to work for the people and the Nation. Then this June Soccer World Cup was held in Brazil and many Japanese supporters went there to support Japanese Team. Even if Japan Team lost the game, Japanese supporters pick up the many rubbish to clean the stadium. This news were spread out all over the world and many people praised the Japanese supporters. We people should help and be useful for other pepole. Please try to help and work for the people of Bangladesh and Nation. 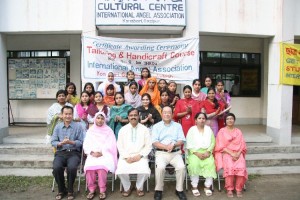